Creating has always been a passion of independent film writer, producer and actor Paul Petersen ’09. By staying true to this passion, working hard and adapting to change, Petersen has made a name for himself in the indie industry.

Currently, the 34-year-old co-owns a flourishing production company, Bespoke Works, LLC, and is awaiting distribution for a full-length feature film, “Molto Bella,” in which he co-wrote and played the lead actor.

Though Petersen has always been a self-described movie lover, he didn’t find his flair for acting or playwriting until he became a student in the Department of Theatre at the University of South Dakota.

“I remember seeing the first stage play and thinking that everyone was killing it. At the time, there were some heavy hitters in the department,” Petersen recollected. “Everyone was so talented from design to direction, and it was encouraging because I was able to open myself up and learn to be more free-minded for the years that came after.”

Born and raised in Omaha, Nebraska, Petersen spent eight years in Germany and attended an air force school until he graduated and returned to the states to attend USD. Having to adapt to a new country again, Petersen found himself missing his family.

“I was incredibly homesick. It had been a while since I was in the U.S., so I was really out of touch,” he explained. “When I got to USD and started taking actual drama classes, we were doing what I thought was weird activities. But very quickly, they became kind of like medicine for what I was going through.”

“Half the reason movement exercises exist are just for you to relax and open up your heart and mind to the moment,” Petersen said.

His freshman year, Petersen landed a role in “The Diviners,” and in his sophomore year, he played Banquo in “Macbeth” and a boxer in “Hay Fever.”

“Sophomore year was when I started to really find my confidence, and I forged friendships that have lasted to this day,” he said. “What I loved about USD was it felt like each class was a one-on-one experience. It felt very intimate, and I felt important. Each professor, in every regard, really allowed me to build myself to be the best I could be in their own way. When I graduated, it felt like I was leaving family, like some cool aunts and uncles.”

“We were challenged to write 10-minute plays and one act plays,” Petersen said. “The department really excelled at encouraging me to find my inner knack for producing original content.”

After college, Petersen didn’t stop writing, and he continued growing as a storyteller.

“When I can get in the headspace to sit down and write, it's hard for me to stop being curious about the story I'm writing,” said Petersen. “There’s also always something that fascinates me in theatre and film. That black text on white paper becomes a colorful story brought to life by a collaboration of creatives. To even be a seed of that idea, that's what makes me enjoy writing."

Petersen spent time in New York City, Los Angeles and a handful of other cities searching for his place in the film industry, eventually finding his calling in the independent film genre.

“Producing an independent film requires problem solving,” Petersen explained. “There's nothing more enthralling to me than a group of people putting their heads together to invent solutions to a swarm of issues that could hinder the story we’re trying to tell, even when we are working with micro budgets compared to studio films. Also, you can plan as much as you want, but I think in the independent film scene, happy accidents occur that could potentially take your movie to a place you least expected.”

In Los Angeles, Petersen wrote and acted in a short film that was directed by USD alumnus Jonnie Stapleton ’08 called “The Beacon,” shot in Big Sur, California, at the Points Sur Lighthouse.

Petersen said it was “The Beacon” that marked a turning point in his life.

“'The Beacon’ changed a lot for me personally,” he said.

The team entered the film in the inaugural El Dorado Film Festival in Arkansas, founded by Alexander Jeffrey, Petersen’s current producer, director and business partner. This connection quickly blossomed into a partnership, and the pair began collaborating on multiple projects.

In 2015, Petersen and Jeffrey discovered a film festival -- The Louisiana Film Prize – that offered a grand prize of $50,000. A criterion of the films in the competition was that they had to be set northwest Louisiana.

“Alex asked me to write something that he could direct, so I wrote ‘The Bespoke Tailoring of Mr. Bellamy,’” Petersen said. “The thing about Louisiana that a lot of people may overlook is that it’s a lucrative hub for film and TV production in addition to the big cities like New York and LA. Half the shows we watch are shot in Louisiana or Georgia or New Mexico. It’s also a great state to create your own work, and it’s cheaper too.”

“The Bespoke Tailoring of Mr. Bellamy” won the festival, and Petersen and Jeffrey started their production company, Bespoke Works.

The film went on to garner awards in additional festivals, including the Programmer’s Choice Award at the Cleveland International Film Festival. It also qualified for the 2016 Academy Awards.

After “The Bespoke Tailoring,” Petersen and Jeffrey created more short films that were successful in festivals, and they took on commercial and corporate work through their company. Petersen also prepared to work on Jeffrey’s passion piece, “Molto Bella.”

This film, now awaiting distribution, is Petersen’s first full-length feature film that he co-wrote and plays the lead.

“Molto Bella,” set in the Sicilian town of Taormina, shows an aspiring poet played by Petersen in search of inspiration. In Taormina, he meets a folk singer, played by fellow Omaha, Nebraska, native, Andrea Von Kampen, who is writing a follow up to her breakout hit. Their chemistry sparks collaboration, and they challenge each other to express their innermost secrets.

The film premiered at the Heartland International Film Festival in the U.S., and it won the Audience Award for Best Narrative Feature.

At the end of the day, Petersen said he wants to produce his own work and tell stories that are relatable.

“Every single one of us has a story that could be told on the screen. If I could convey a message to the audience, it's just that,” said Petersen. “We have stories. We are all so different, and, at the same time, so similar. We have experiences that can teach, move, inspire, thrill or uplift people. That's what I like my characters to embody. I mean, we’re all human, right? It’s empathy and openness I strive for the audience to feel when finish watching.” 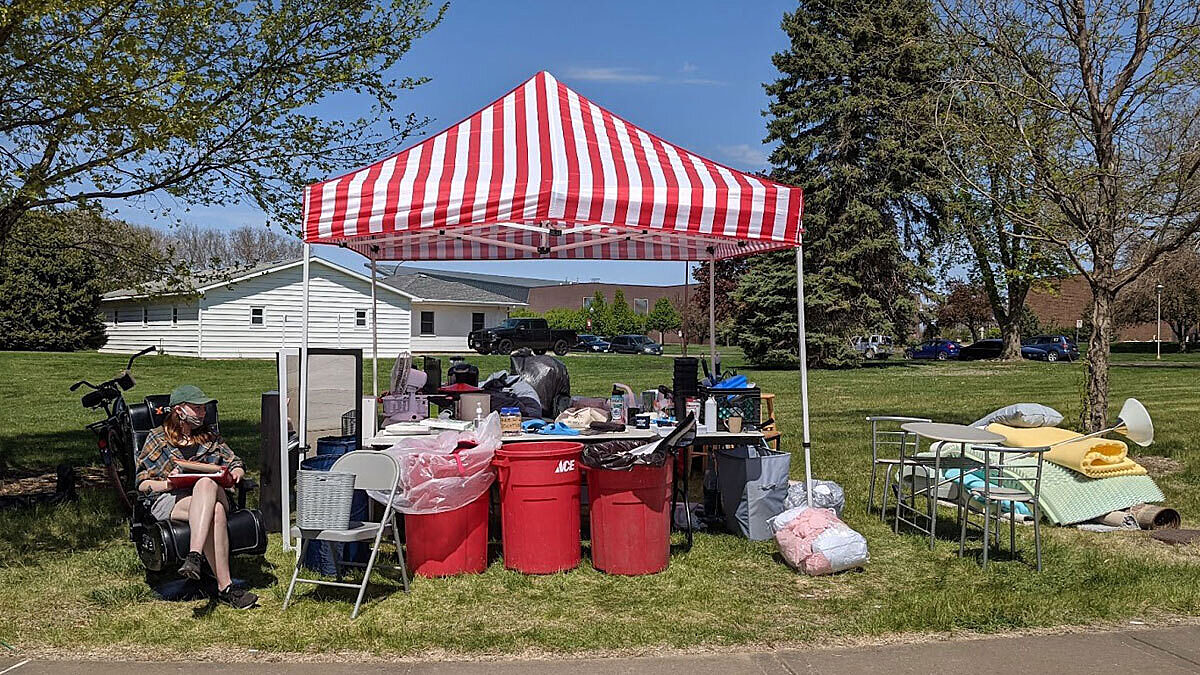 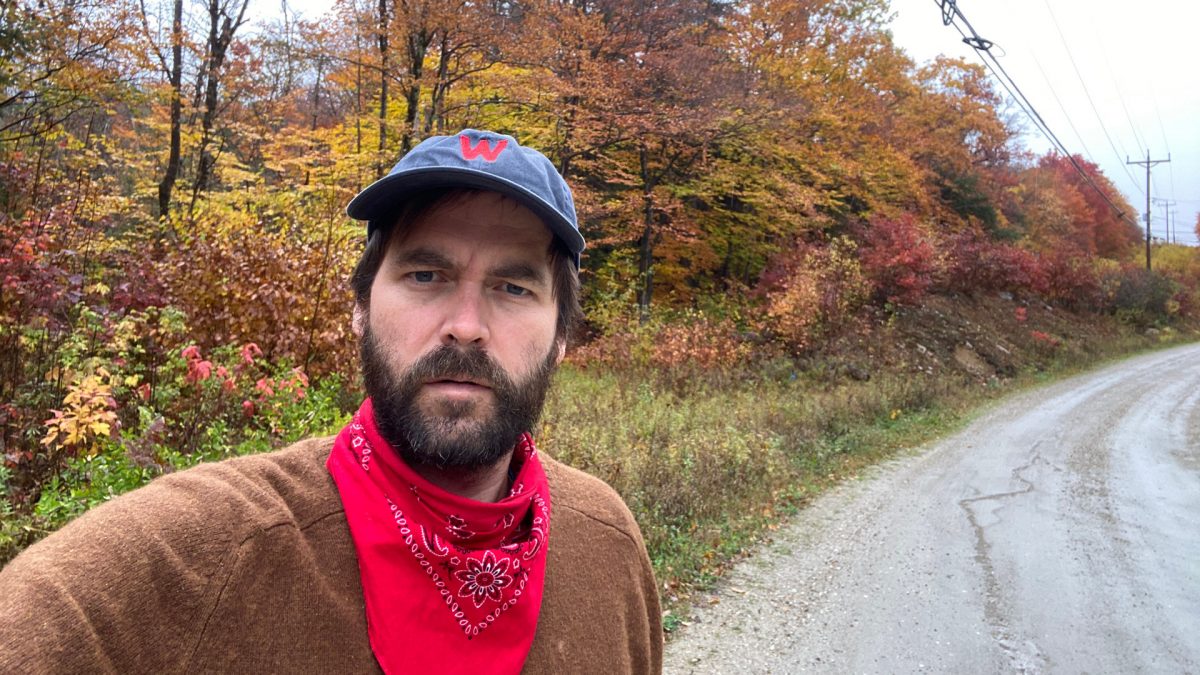 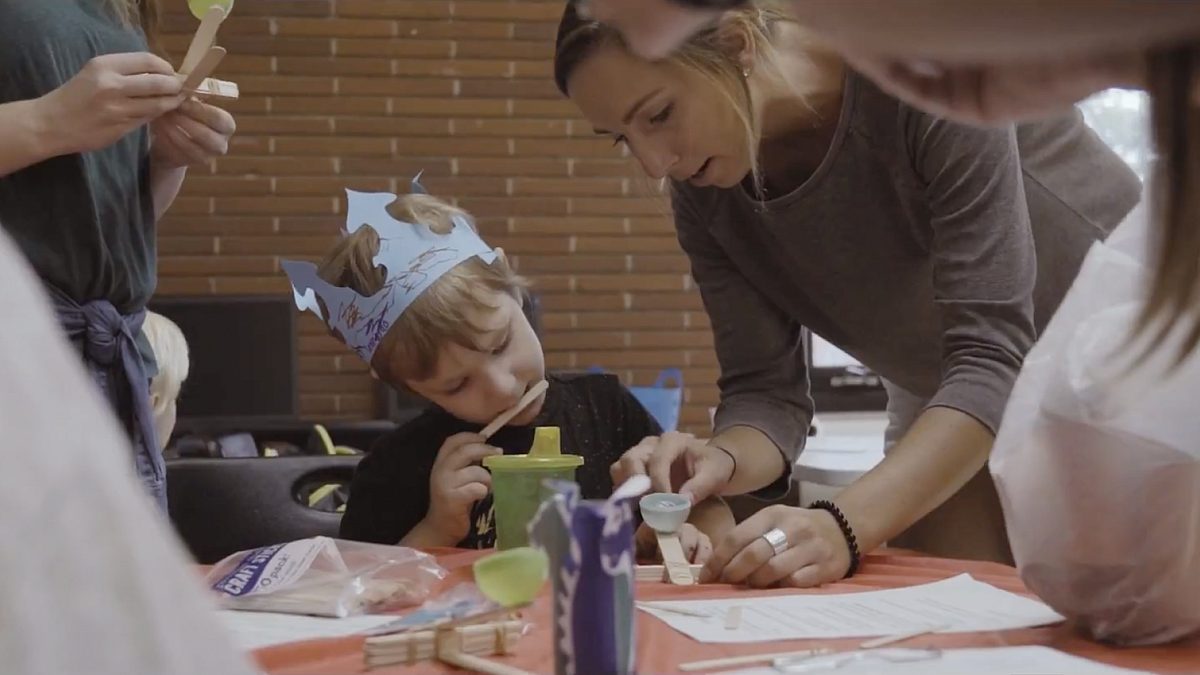