As the state’s only law school, the University of South Dakota Knudson School of Law has a unique advantage to not only grow the next generation of female lawyers in South Dakota, but also to help foster an environment that encourages mentorship among current students, faculty and alumnae. This line of communication and support is crucial to the success of women in law as they break down barriers, progress throughout their careers and become leaders in their communities.

For Laura Rose, J.D., assistant professor of law and advisor to the USD Women in Law student-run organization at the law school, female mentorship is about having a solid support system.

“Law can be an incredibly isolating profession, and that’s why women need to talk to each other. The ability to see that someone else has walked a similar road, faced similar challenges and come out as successful is essential to maintaining sanity,” Rose said. “By keeping lines of communication open, women advance the legal profession by bringing all of their unique perspectives to the table. No one gets anywhere in this life on their own, and it is only by standing on the shoulders of those who come before us that anyone achieves greatness. This is especially true in law—when we talk to each other, when we share our experiences, strategies and struggles, we are gifting the next generation and ourselves with powerful lessons.”

This spring, the Knudson School of Law and the USD Women in Law group hosted two events that provided opportunities for female students to hear from alumnae, network and build relationships with some of the best lawyers in South Dakota.

USD Law School Dean Neil Fulton played a vital role in organizing the event. “When I looked at school of law alumnae, I saw a list of leaders in South Dakota whose accomplishments were remarkably high and who have had a positive impact on the state,” he explained. “I wanted to connect some of those women with current law students as examples, inspirations and resources.

“I want current female students to know they are part of a tradition of leadership where they have, not only the ability, but also the expectation to be leaders in their profession and their communities,” Fulton continued. “USD Law is building leaders. The Women in Philanthropy speaker series was a great chance to do that by connecting current leaders with future leaders to share their stories.”

With a goal to foster diverse, open and inclusive conversation with local female lawyers, the USD Women in Law group, led by then- President Anna Maher, hosted “A Day in Her Heels” speaker series.

“These women spoke openly and with brutal honesty to the issues that must be addressed regarding people of color and attorneys of color,” said Maher. “Both speakers went above and beyond to facilitate productive conversations among the students.”

“There was not a better way to round out the series than hearing from a panel consisting of the Meierhenry women. They bring such a warmth and positivity to the practice of law,” Maher said. “The women compared their paths to the bar, roadblocks along the way, and they provided advice for law school and beyond.”

Elaine Yellow Horse, a third-year law student from the Wounded Knee community on the Pine Ridge Reservation, attended both the Women in Philanthropy and the “A Day in Her Heels” events.

“One thing I have enjoyed about these events is not being the only woman of color in attendance,” said Yellow Horse. “As an Indigenous law student, I am not alone here, but I do feel that I need to offer a viewpoint that others may not always be aware of. I feel like I can speak on my own perspective without having to be the only voice from my community.”

Yellow Horse said that the events served as a reminder to connect with women in law at different phases of their career.

“After every event, I felt recharged, and I remembered what I set out to do,” said Yellow Horse. “The panelists were inspiring and down to earth. It was also helpful to hear how the panelists navigated when and how to speak up in situations of unequal power that arose throughout their careers.”

As a future lawyer, Yellow Horse plans to serve as a mentor. “I hope to pay it forward and inspire future attorneys from my community, especially women and LGBTQ+ folks,” Yellow Horse said. “It can make all the difference to see someone relatable already doing what one aspires to do. I take comfort knowing I am not the first and will not be the last person like me to thrive in this setting and use this training to serve my people.”

Building the Next Generation

“The next generation of female leaders is out there, and the law school can help them,” said Fulton. “We can convince some young lawyers who may doubt that they can be leaders that they not only can, but they should and must. Doing that is central to what it means to be a USD law student.”

Female students like Maher, Yellow Horse and MarieClaire Christenson are powerhouses in the law school, and they embody the law school’s tenets of excellence, service and leadership. In addition to a full course load, the combined list of the organizations they participate in is exhaustive, and they each have held leadership positions in student-led programs.

Maher, a third-year law student, has served as president and is currently treasurer of the USD Women in Law group, and she is an appointee to the South Dakota Bar Women in Law committee. She is part of the Low-Income Taxpayer Clinic and will serve as a graduate assistant this coming academic year. Maher has provided pro bono legal services during the Alaska Tax Practice and Practicum, the Veterans Legal Service program and the Volunteer Income Tax Assistance program.

“The pro bono and experiential opportunities the Knudson School of Law provides have kept me engaged and excited,” Maher said. “I have never had a time where I felt unwelcome or discouraged in the South Dakota legal community or the USD Knudson School of Law. The bar, Dean Fulton, the professors and the administration have taken intentional steps during my time at the law school to make it known that women are an invaluable piece to the state’s legal system.”

A Fort Pierre, South Dakota, native, Maher will soon be the third generation in her family to practice in the state. Getting this far in her journey, Maher said it is thanks in part to her grandfather, father and uncle, in addition to other mentors.

“I have found mentors in fellow students, employers and bar members,” said Maher. “The best way to find mentors is by putting myself out there. It’s easier said than done, but anytime I have put in the effort to introduce myself, ask questions and get involved, I have met attorneys who are willing to mentor.”

Christenson, a third-year law student from Sioux Falls, South Dakota, is a second- generation student and the fourth member of her family to attend the USD law school. She is the current president of the Student Bar Association, an active member of USD Women in Law and a volunteer for the Boys and Girls Club Teen Court.

“USD Law, through various organizations and events, has provided countless opportunities to network with many women in the legal field. Through events, I have found mentorship from attorneys across the state,” Christenson said. “Additionally, I have found mentorship through my professors at USD. Law school can be tough, and it takes a lot of perseverance when the work load is heavy. I believe mentorship is a key to success in the legal profession. We each need someone out there to provide us with advice, encouragement and constructive criticism.”

“If there are attorneys that have really inspired and encouraged me this year, it is those two,” said Christenson. “Seeing the classroom come to life is what made the internship so fun. I loved being able to see how Melissa and Angel communicate with clients and work through issues. They care deeply about this profession and being able to see that passion in the office is inspiring.”

Once their time at the law school is over, alumnae have a firm foundation to build their professional careers and several mentors that will last a lifetime.

Mallory Schulte ’17, a practicing elder law attorney at Birmingham & Cwach Law Offices, PLLC, in Yankton, South Dakota, has found that to be true and has continued to seek for and provide mentorship throughout her career. “There is no shortage of women lawyers in South Dakota willing to mentor young lawyers, and I think if that remains the same, women will continue to enter the legal profession and continue to take on more roles in leadership,” she said.

In her time as pro se clerk for the District of South Dakota, Schulte said she primarily worked with women.

“Very few women can say that they have had a legal job at some point in their career where everyone was a woman, but I have had that experience and it was great,” said Schulte. “My supervising judge was Judge Karen Schreier, so I saw her every day and she was the person I would go to if I had questions or concerns.

“I saw a lot of the state’s great lawyers conduct trials and submit briefs to the court, and I gained confidence in my real-world legal skills,” Schulte continued. “South Dakota women in law are lucky to have great federal judges who see the mentorship of young lawyers as a big part of their roles.” 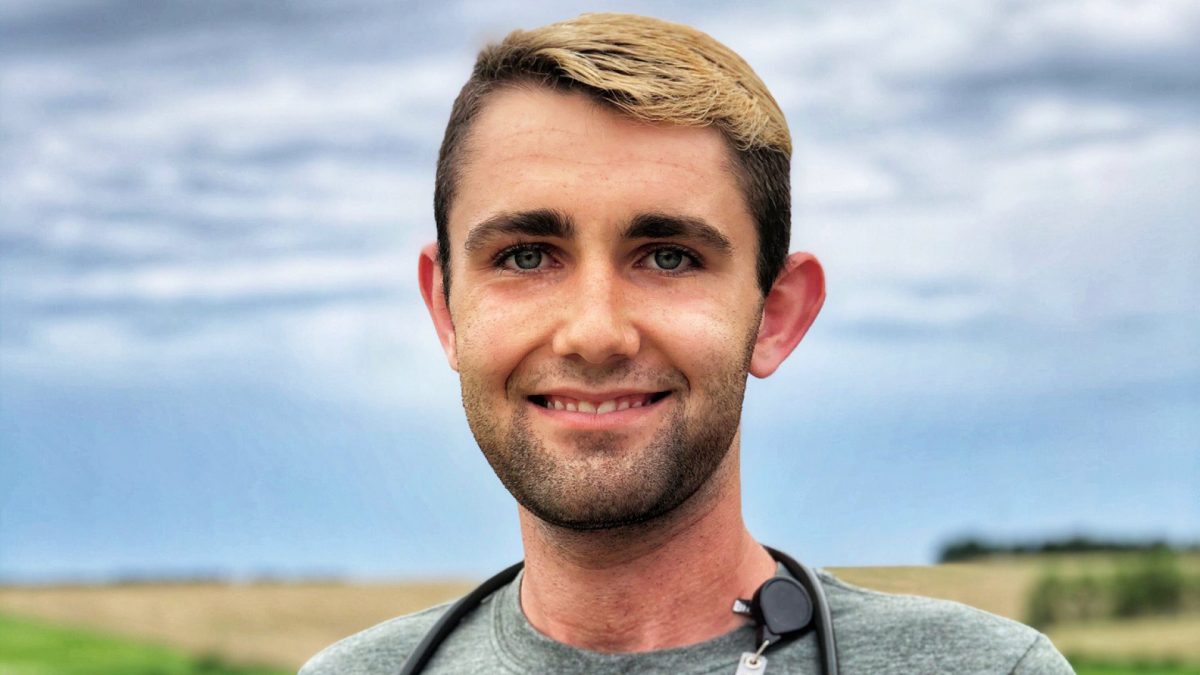 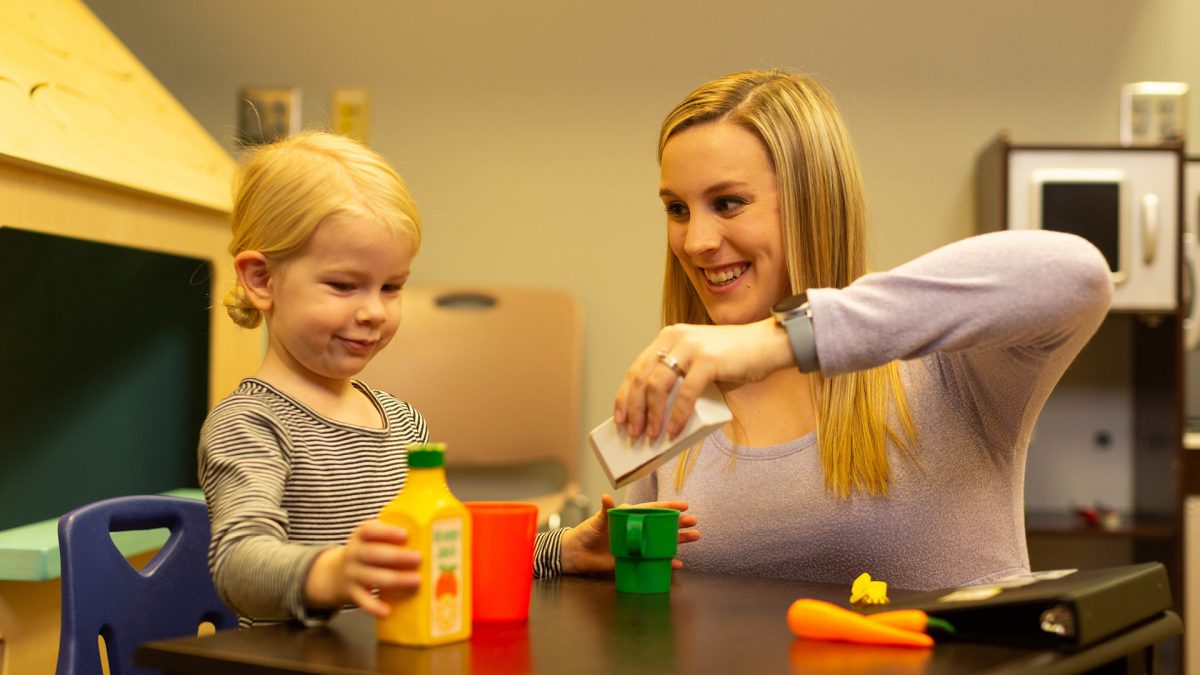 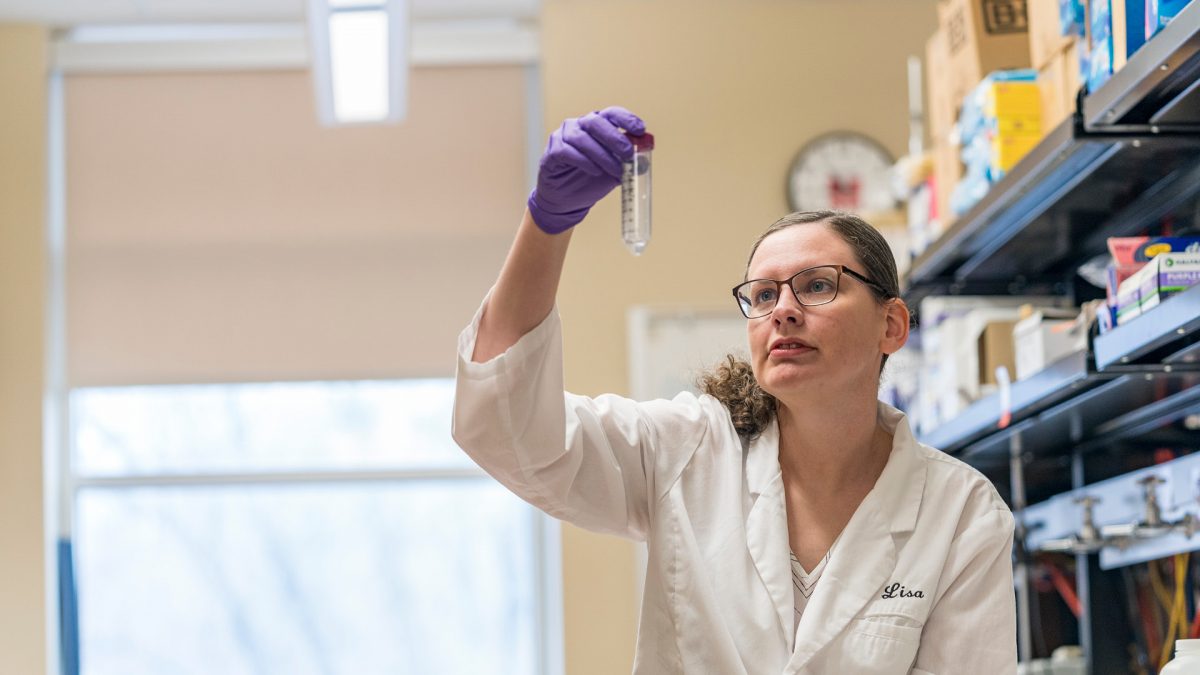